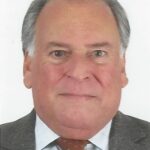 The ILC elected me in 2007 to be its Special Rapporteur on the topic “Protection of Persons in the Event of Disasters”. On the basis of eight reports I submitted between 2008 and 2016, the ILC was able at its last session in 2016 to adopt by consensus a definitive set of eighteen Drat Articles and a Preamble on the topic, together with their corresponding Commentaries. It then transmitted the whole in its annual report to the General Assembly ( A/71/10, Chapter IV ) with the recommendation, also adopted by consensus, that it be made the basis for the elaboration of an international convention. The Assembly, at its last (71st.) session adopted an autonomous resolution ( A/RES/71/141 ) inscribing in the agenda for its 2018 (73rd. ) session a separate item in order to discuss the observations by States and take a decision on the ILC’s recommendation as to the final form to be given to its definitive set of Draft Articles. The ILC adopted the proposal made in my Eighth report to insert in Draft Article 3 (a) concerning the definition of “Disaster”, an express reference to “mass displacement” as one of the listed four possible outcomes required for a “calamitous” event to be regarded as a “disaster” for the purposes of the Draft Articles.