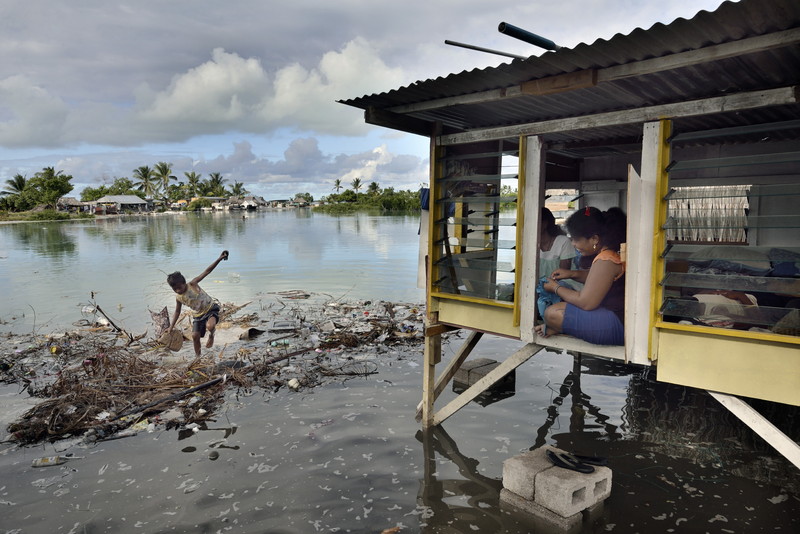 Environmental disasters and climate change are now the leading causes of displacement worldwide. Yet those forced from their homes by floods, drought, cyclones and earthquakes are not generally protected by international refugee law or other types of international protection. This ‘protection gap’ has prompted the development of international initiatives, including the Platform on Disaster Displacement (the follow-up to the landmark Nansen Initiative on Cross-Border Disaster-Induced Displacement), aimed at reducing the risk of displacement among affected communities and strengthening protections for those who are forced to move.

Kaldor Centre member Tamara Wood is currently working with the Platform on Disaster Displacement to investigate the role that free-movement arrangements – including visa-free travel and the relaxation of entry requirements – could play in addressing the existing protection gap for disaster-displaced persons.

In theory, regional free-movement arrangements, such as exist in Europe and Latin America, could facilitate movement in the context of climate change and disasters, allowing affected communities to move in safety and with dignity. Circular, temporary or permanent migration can create new livelihood opportunities and build communities’ resilience to future environmental hazards.

At present, however, agreements for the free movement of persons between countries are generally not attuned to the human rights of migrants. They have been adopted for other purposes (for example, as part of a trade agreement) and frequently entail discriminatory provisions and burdensome practical requirements. This means that, in reality, they are likely to serve only the most privileged sections of the population.

Wood’s study will investigate the potential role of free movement arrangements in preventing and responding to disaster displacement in Africa. Africa is one of the regions likely to be most affected by climate change, due to changes in the climate itself, as well as the continent’s pre-existing vulnerabilities and reliance on agriculture.

An ‘open Africa’ is one of the key goals of the African Union, which adopted a Free Movement Protocol and Draft Implementation Roadmap for the region at its 30th Ordinary Session last week. Agreements for the free movement of persons have been either adopted or proposed in most of the continent’s regional economic communities (for example, the Economic Community of West African States and the Southern African Development Community).

What is the potential – and what are the limitations – of these African agreements for people moving for reasons of climate change or disaster? Wood will analyse these questions and make recommendations for how such arrangements might be adapted or better implemented in the future.

This study builds on Wood’s previous work as a consulting legal expert for the Nansen Initiative’s Regional Consultation in the Horn of Africa and her membership of the Advisory Committee to the Platform on Disaster Displacement.

Recommendations from the study will speak directly to policy-makers engaged on migration, displacement, climate change, development and human rights. They will also feed into existing policy processes, such as the Global Compact on Safe, Orderly and Regular Migration, and the Task Force on Displacement within the United Nations Framework Convention on Climate Change (UNFCCC).

While this study focuses on Africa, the findings and recommendations could provide a model for consideration in other regions as well, where rights-based free-movement arrangements could facilitate access to territory and lifesaving assistance for some of the world’s most vulnerable communities.

Read more about the Kaldor Center for International Refugee Law

Learn more about what we do

This year, the Platform on Disaster Displacement has collaborated with the COAL Prize to amplify…