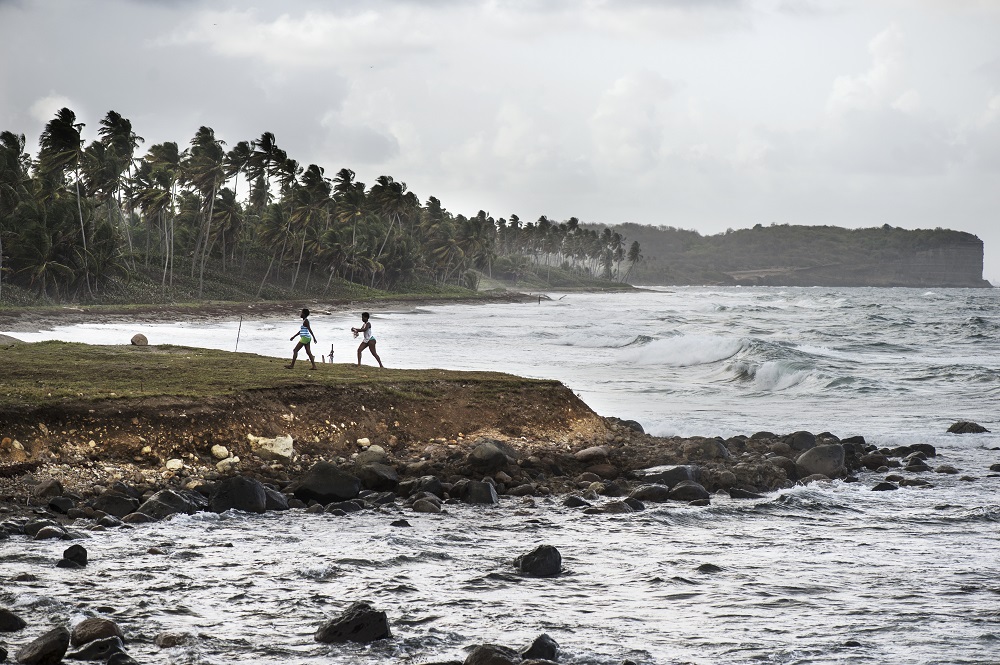 Climate change and its impacts are experienced acutely in all parts of the world, irrevocably reshaping migration patterns. The adverse impacts of climate change have directly and indirectly contributed to the migration of thousands of people in Small Island Developing States (SIDS) in the last decade alone. In the aftermath of disasters, the lasting effects of climate change on local economies and environments cause severe socioeconomic disruptions.

An estimated 3 million islanders worldwide reside in low-lying coastal zones, leaving them vulnerable and underprepared to cope with the recurring effects of climate change and slow processes of environmental degradation, notably sea-level rise. Planned relocation to adapt to the changing landscapes is already taking place in SIDS as people are moving inland to prevent loss and damage in their lives and to their livelihoods.

As the effects of climate change become increasingly visible in SIDS, international cooperation and the development of integrated policy responses must be accelerated to reduce forced instances of climate migration and create sustainable and resilient island states.

This year represents a moment of opportunity to consolidate existing commitments and encourage further action to support SIDS to respond to climate change and migration challenges; from a migration perspective with the discussions around the implementation, follow up and review of the Global Compact for Safe, Orderly and Regular Migration (GCM); a climate change perspective with the UN Climate Action Summit and the 25th Conference of the Parties (COP25) of the United Nations Framework Convention on Climate Change (UNFCCC); a development perspective with the review of the SIDS Accelerated Modalities of Action Pathway (S.A.M.O.A Pathway) and the High Level Political Forum (HLPF) follow up and review of the Sustainable Development Goals (SDGs). Current regional policy discussions also seek to bring concrete solutions to the plight of people migrating because of climate change, displaced by more intense and frequent disasters or facing the prospect of relocation away from their ancestral homes.

This event seeks to leverage the discussions around the Climate Action Summit and its follow up to support global and regional policy dialogues, bring visibility to the climate-migration nexus and support the implementation of concrete responses.
The event will bring together high-level representatives from SIDS and from other countries with a strong interest in climate change and migration related issues, as well as the heads of the partner UN organizations.

This informal event will provide an opportunity to each High- Level participant to put forward their vision on actions to prioritize in the context of the Climate Summit, to address climate change and migration challenges and to harness opportunities.
Introduction the Minister for Defence, National Security and Foreign Affairs of Fiji and the Minister of Foreign Affairs of Portugal
Roundtable discussion moderated by IOM Director General: key messages by each High-Level
representative (3 minutes per person). The key messages should focus on strategic vision, example of good practices and specific commitments.
Conclusion by UN partner organizations (ESCAP and UN-OHRLLS)