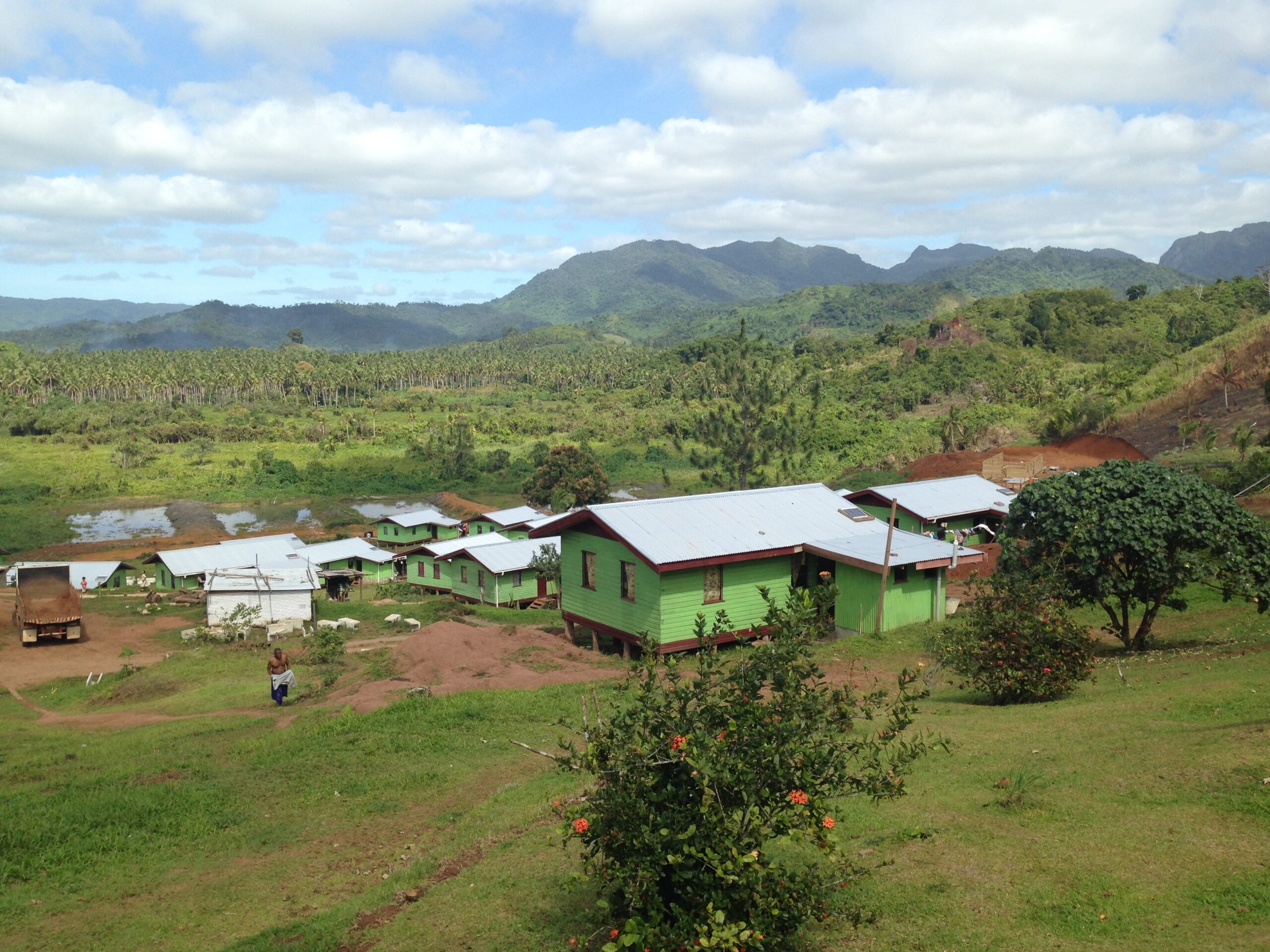 As hazards, disasters and climate change profoundly affect people’s lives and livelihoods, attention is turning toward opportunities to move people permanently out of harm’s way. Most commonly termed ‘Planned relocation’ this phenomenon is gaining traction as a tool for disaster risk reduction and adaptation in the context of climate change – but how much do we know about planned relocation cases across the globe?

The Platform on Disaster Displacement and the Andrew & Renata Kaldor Centre for International Refugee Law at UNSW Sydney are proud to present Leaving Place, Restoring Home, authored by Erica Bower & Sanjula Weerasinghe. This study, and its global dataset of over 300 planned relocation cases, addresses some of the gaps in the evidence base on planned relocation and creates a foundation for further research, analysis and comparison.

The term ‘planned relocation’ became prominent when it was included alongside displacement and migration in the 2010 Cancun Adaptation Framework. However, there is no universal definition of planned relocation and there are different views on which key elements are included in the concept.

For the purpose of this study, planned relocation cases were identified as: the planned, permanent movement of a group of people from identifiable origin(s) to identifiable destination(s), predominantly in association with one or more hydrometeorological, geophysical/geological, or environmental hazard(s).  Some actors refer to this form of movement by other names such as ‘resettlement’ or ‘managed retreat’.

Planned relocation is a global phenomenon; the study Leaving place, Resorting Home identifies cases across all inhabited regions of the world, covering more than 60 countries and territories. Most often driven by floods, tsunamis, storms, erosion, earthquakes, landslides and sea level rise, the study found that many planned relocation cases occur in the context of multiple hazards, with combined harms or risks leading to the need for relocation. It’s also worth noting that decisions to undertake planned relocation may be situated amidst environmental, as well as social, political, economic and demographic drivers.

In key documents discussing planned relocation, it is described as taking place in two types of situations: before a hazard event in anticipation of future risks (“proactive”) and/or after a hazard event in response to realized harms (“reactive”). Leaving Place, Restoring Home found that the reality on the ground more often reflected a continuum from “proactive” to “reactive” relocation. Most of the identified planned relocation cases occurred in the context of multiple hazards both in reaction to realized harms (displacement, livelihood depletion, property damage or other forms of harm) and in anticipation of risks associated with future hazards. An alternative distinction that may be helpful for policy-makers and practitioners is whether a planned relocation is initiated before or after displacement, and what options displaced persons have to return to places of origin in the interim.

The study identified four patterns of planned relocation. This distinction highlights the importance of better understanding the unique dimensions of diverse spatial patterns, and the important insights this may provide for policy and practice. For instance, planned relocation cases with multiple origin sites require consideration of complex integration dynamics and inclusive participatory mechanisms. In contrast, multiple destination relocation cases may require consideration of the impacts of disintegration of communities, and potential for maladaptive outcomes.

Key findings of the study

Some of the key findings from the in-depth analysis of 34 identified cases include:

Leaving Place, Restoring Home, is the first in a number of related studies currently under development. To overcome the English-language bias, a complementary study undertaken by IOM uses the same methodology to examine French and Spanish literature to identify cases. In addition, two snapshots on planned relocation in Asia and the Pacific, a case study compilation that looks at unexplored spatial patterns of relocation, and a report analyzing cases associated with sea-level rise is also forthcoming, commissioned by GIZ and the Kaldor Centre respectively.

The authors Bower and Weerasinghe, both Advisory Committee members of the Platform on Disaster Displacement and affiliates of the Kaldor Centre’s ‘Climate Change, Disasters and Displacement’ project, hope Leaving Place, Restoring Home will be read by other researchers working on the issue, and practitioners and policymakers across all relevant fields. Through this research, as a community working on disaster displacement from different disciplines, we are on the path to gaining better knowledge and evidence on what the phenomenon of planned relocation looks like, in different regions and across the globe. Continuing efforts to monitor and research planned relocation are needed to guide policy and practice that minimizes risks and harms, and protects the human rights, security and dignity of people.

Kaldor Centre “New global dataset: What ‘planned relocation’ looks like in the context of disasters and climate change”