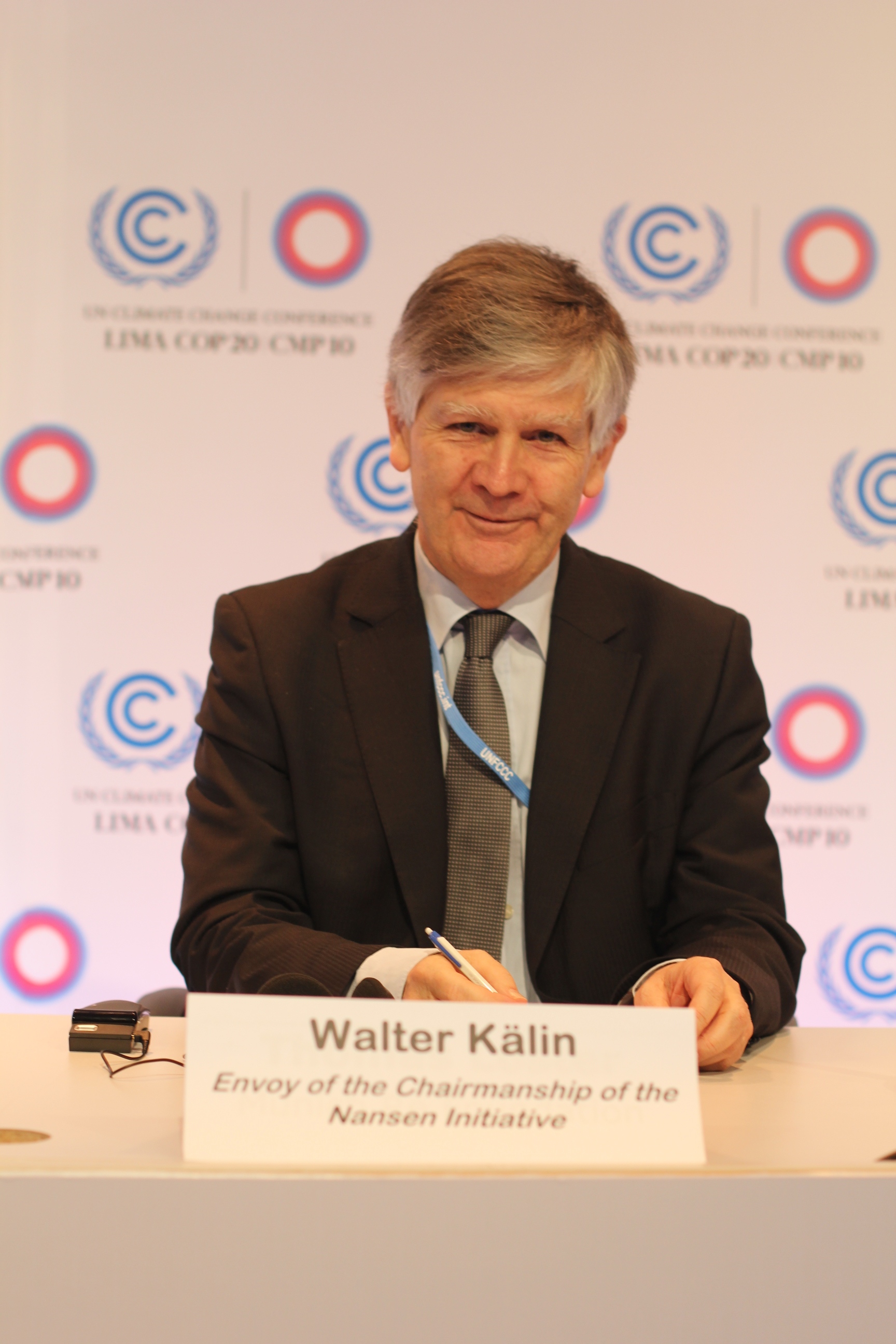 New-York and Geneva, 4 April 2014 – A dialogue with Prof. Walter Kaelin, Envoy of the Chairmanship of the Nansen Initiative Prof. Walter Kaelin (former Representative of the United Nations Secretary-General on the Human Rights of Internally Displaced Persons) provided an update on the Nansen Initiative process to date and discussed plans for the future.  In particular, he reported on the Nansen Initiative Regional Consultations in the Pacific and in Central America and on the Greater Horn of Africa Civil Society pre-meeting held in Nairobi in March 2014. His interventions were broadcast live in the IASC’s meeting in Geneva, which took place from 16:00-17:00 on 4 April 2014 at Room S1, first floor of the S-building, Palais des Nations.

GP22 Side Event | Addressing Loss and Damage, Supporting the Most Vulnerable

Together with a large number of partners (please see below for full list), the Platform…