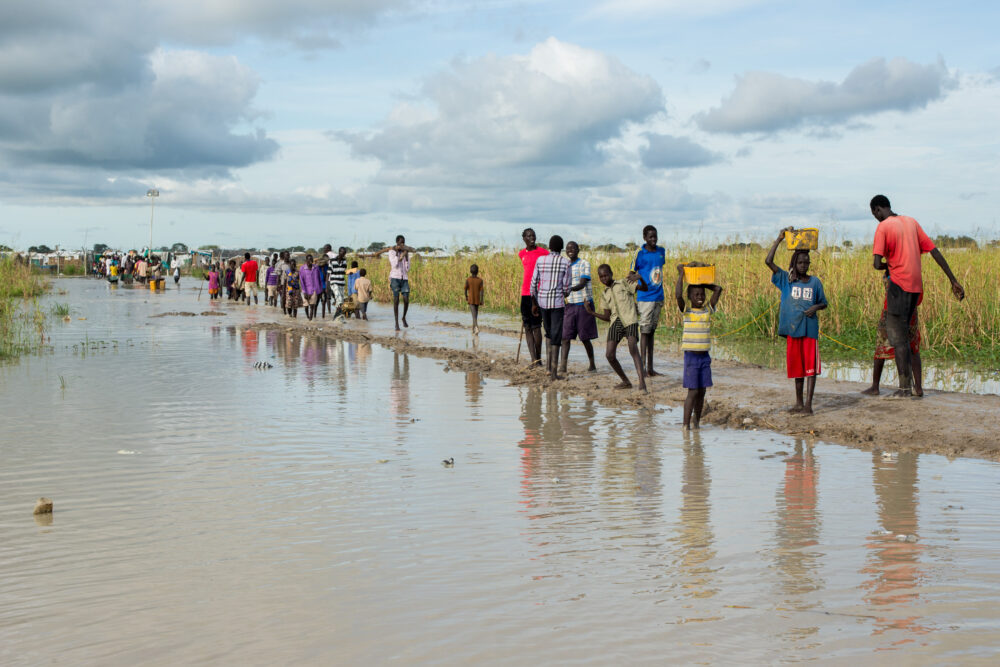 Following his statement of 23 October announcing the establishment of a High Level-Panel on Internal Displacement, the United Nations Secretary-General António Guterres has today appointed its eight members.

The Panel will be co-chaired by Federica Mogherini, the former High Representative of the Union for Foreign Affairs and Security Policy and former Vice-President of the European Commission, and Donald Kaberuka, the former President of the African Development Bank and current Chair of the Board of the Global Fund to Fight AIDS, Tuberculosis and Malaria.

As the first high-level panel established to address this global challenge, it draws together expertise from government, international organizations, civil society and the private sector. It also includes representation from countries particularly affected by displacement.

Last year the number of people displaced as a result of conflict reached an all-time high of more than 41 million. In the same year, an additional 17 million people were displaced by natural disasters.

The Secretary-General has tasked the Panel with finding concrete long-term solutions to and raising global awareness of internal displacement for Member States and the United Nations to improve their efforts to help all those affected, including both the displaced and their host communities.

The Panel will submit its final recommendations to the Secretary-General one year after its first meeting in early 2020. It will convene at least four times in Geneva, New York and other locations.

Mr. Chaloka Beyani (UK/Zambia) is Associate Professor of International Law at the London School of Economics (LSE). He served previously as United Nations Special Rapporteur on the Human Rights of Internally Displaced Persons and as a legal advisor to a range of UN entities and international organizations.
Ms. Alexandra Bilak (France) is Director of the Internal Displacement Monitoring Centre (IDMC) and served previously as Country Director and Programme Manager for several international non-governmental organizations and research institutes in sub-Saharan Africa.
Mr. Walter Kälin (Switzerland) is Professor Emeritus of International Law at the University of Bern, Envoy of the Chair of the Platform on Disaster Displacement and Special Adviser on internal displacement to the Resident and Humanitarian Coordinators in Ethiopia, Somalia and Ukraine. He served previously as Representative of the Secretary-General on the Human Rights of Internally Displaced Persons.
Ms. Elizabeth Ferris (US) is a research professor at the Institute for the Study of International Migration at Georgetown University. She previously was non-resident fellow in Foreign Policy at the Brookings Institution and Co-Director of the Brookings Project on Internal Displacement. In 2016, she served as senior advisor to the UN General Assembly’s Summit for Refugees and Migrants in New York.

A Geneva-based Secretariat, headed by George William Okoth-Obbo, at the Assistant Secretary-General level, will provide substantive, administrative and logistical support.