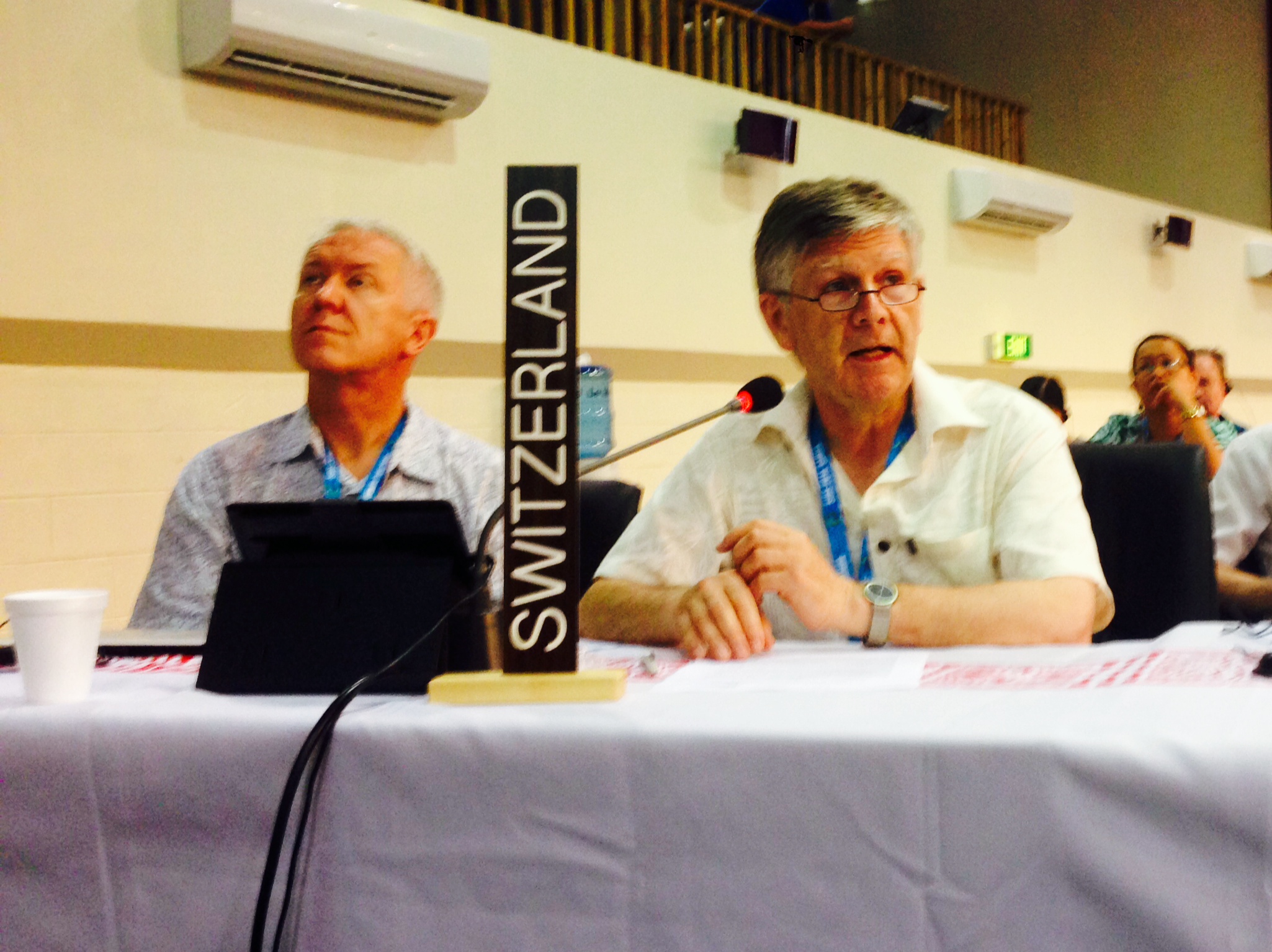 Apia, Samoa and Geneva, Switzerland, 2 September 2014 – “To fail to plan is to plan to fail”: Human mobility, disasters and climate change at the SIDS conference Apia, Samoa and Geneva, Switzerland, 2 September 2014 – A side event on displacement in the context of disasters and the effects of climate change was organized by the Nansen Initiative yesterday at the Third UN Conference on Small Island Developing States. Each year, tens of thousands of people living on Small Island Developing States (SIDS) are displaced by disasters linked to natural hazards, including hurricanes, earthquakes, volcano eruptions and tsunamis. Moreover, climate change is predicted to increase the frequency and intensity of hydro-meteorological disasters, raise sea levels, and change rainfall variability, all of which threaten human settlements, infrastructure, natural resources and associated livelihoods, prompting even higher levels of displacement worldwide. The effects of rising sea levels have already forced residents in some Small Island Developing States to move from outer islands to the main island, relocate their villages away from low-lying coastal zones, or migrate abroad in search of new livelihoods. There is a real risk that some low-lying small island states become inhabitable in a not too distant future unless effective measures to mitigate and adapt to climate change are implemented without further delay. For people displaced across international borders in such contexts, there are currently no provisions regarding status, admission, or standards of treatment under international law. In addition, roles and responsibilities of actors are unclear, while operational responses as well as funding are inadequate. The Nansen Initiative, a government-led consultative process chaired by Norway and Switzerland, is seeking to build consensus on how best to address these challenges by conducting a series of regional consultations with a view to elaborate a protection agenda addressing the needs of the displaced. “Good preparedness and sound management of human mobility is important already at this stage if we are to successfully adapt to climate change and ensure sustainable development for SIDS,“ Norwegian State Secretary Hans Brattskar emphasized at the side event. “Even though we may not be able to stay in our country in the long term, we do not want to become refugees,” stressed Andrew Teem, Senior Policy Adviser for the Government of Kiribati. He added that voluntary migration with dignity is the preferred option, by supporting the training of people to find skilled employment opportunities and be accepted as new members of society in destination countries. Julia Edwards from the Pacific Conference of Churches cautioned that uprooting Pacific Islanders is a very difficult experience for people because of their deep spiritual attachment to their lands. However, experience shows that cross-border displacement cannot always be avoided. William Calvo, Minister Counsellor at the Permanent Mission of Costa Rica to the UN, reported that for this reason, Central American governments will try to harmonize their use of humanitarian visas to admit people affected by disasters who are in need of protection and assistance abroad. “We need a protection agenda and a toolkit that focuses on climate change adaptation and disaster risk reduction measures to help people stay on their islands. The toolkit can integrate human mobility into national climate change adaptation and disaster risk reduction plans, and can also facilitate voluntary migration from affected areas as a means of adapting to climate change. Where these measures fail, the toolkit should provide for effective protection and assistance for internally displaced persons as well as those seeking refuge abroad,” concluded Walter Kaelin, the Envoy of the Chairmanship of the Nansen Initiative. Some of these measures will be mentioned in the outcome document of the SIDS Conference. “We very much welcome this acknowledgement of the relevance of human mobility in the context of disasters and climate change. It has the potential of providing a basis for concrete action by SIDS and this deserves to be fully supported by the international community. As Prime Minister Henry Puna said during our Pacific Regional Consultation in the Cook Islands, ‘To fail to plan is to plan to fail,’” insisted Walter Kaelin.