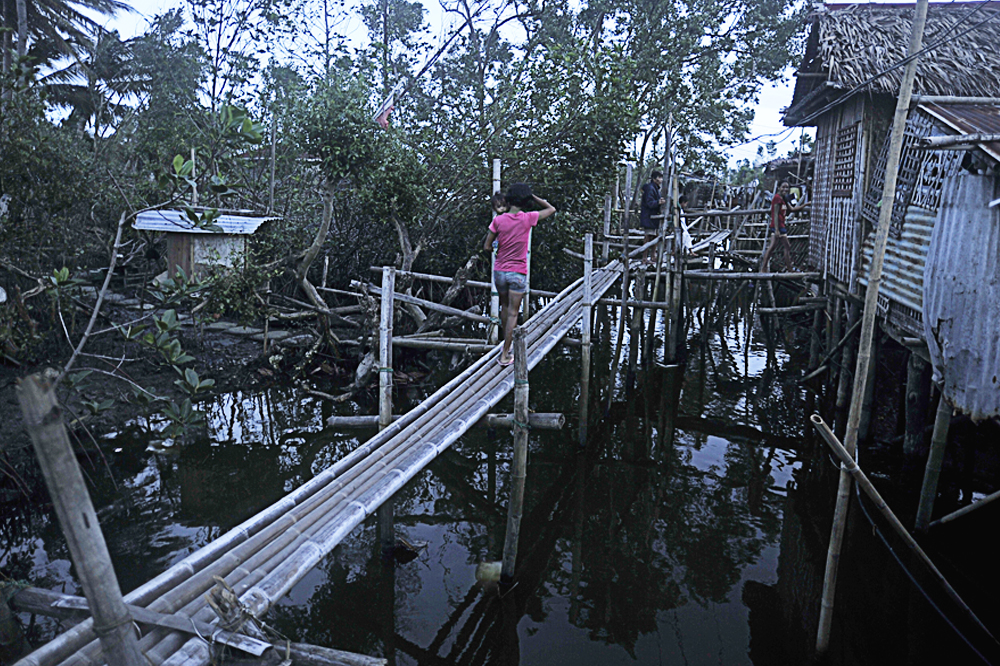 The Presidency Pro-Témpore of the Regional Conference on Migration (RCM) held by Panama during 2018 has proposed the theme  “Sustainable Development Goals: Toward the Governance of Migration.” This is with the firm purpose of promoting the exchange of best practices and experiences on migration matters and the main challenges related to achieving the aspects related to migration of the Sustainable Development Goals, especially objective 10.7.

In this respect, according to the regional report “Irregular Migration Flows to the Americas from Africa, Asia and the Caribbean” (General Secretariat of the Organization of American States, 2016), the migrant population in the Americas increased from 34 millions in 1990 to 61 millions in 2013, rising almost 78% compared to the rise of 42% in the rest of the world. In Mexico alone, it is estimated that more than 200,000 migrants, mainly  from Guatemala, El Salvador and Honduras pass through its territory each year[1].

The vast majority of studies on the subject conclude that the phenomenon and the flows of human mobility in the region are associated with the search for better opportunities and living conditions; however, a significant number of these flows are also caused or linked to environmental degradation and slow-onset processes (desertification, soil erosion, among others) related to the adverse impacts of climate change, as well as sudden-onset disasters[2].

In this regard, according to data from the Internal Displacement Monitoring Center (IDMC), in 2016 there were 24.2 million new displacements associated with disasters in 118 countries and territories, three times more than conflicts.

Since 2008, 227.6 million displacements were registered due to disasters, with an average of 25.3 million. While the majority of people displaced in the context of disasters move within their countries of origin and for very short periods, volcanic eruptions, earthquakes, hurricanes and other hydrometeorological events have also caused people to be forced to cross international borders with the aim of seeking humanitarian assistance and protection, due to the damages caused by the natural threat in public infrastructure, housing, livelihoods and productive chains.

The presence and movement of these groups of migrants and displaced persons presents specific challenges to the actors responsible for disaster risk management and is, in turn, a challenge for the implementation of planned migration policies regarding the admission and protection of these populations.

For example, migrants who live in a country affected by a disaster or who are in transit through it face challenges and limitations in gaining access to emergency assistance, consular services and others, particularly if their immigration status is irregular[3].

Likewise, people who are forced to cross an international border in the context of disasters need to be admitted and receive humanitarian assistance and protection in a foreign country that may not be directly affected by the disaster and where they do not necessarily have regular immigration status.

In a national and regional context of ever more intense human mobility, the integration of migrants and displaced persons into the policies and practices of disaster risk management and migration management is a priority to reduce the impacts of natural hazards on individuals, communities and societies.

At the international level, the New York Declaration for Refugees and Migrants highlights the determination of the States Members of the United Nations to address the root causes of the large displacements of refugees and migrants, and commits to “combatting environmental degradation and ensuring effective responses to natural disasters and the adverse impacts of climate change” (paragraph 43), assisting “migrants in countries that are  experiencing  […] natural  disaster” (paragraph 50), as well as effectively protecting the human rights and “the specific needs of migrants in vulnerable situations” (Annex II, paragraph 8), a category including those moving or forced to displace in the context of disasters and climate change.

Also, the Declaration itself highlights that initiatives like “[…] Migrants in Countries in Crisis initiative and the Agenda for the Protection of Cross-Border Displaced Persons in the Context of Disasters and Climate Change resulting from the Nansen Initiative” (paragraph 50), are examples of good practices in this matter.

In recent years and within the framework of the Regional Conference on Migration (RCM), countries of the region have taken important steps in recognizing the importance of comprehensively addressing the challenges involved in human mobility in the context of disasters.

In this respect, Member Countries of the Regional Conference on Migration (RCM) adopted in 2016 the “Guide to effective practices for RCM Member Countries. Protection for persons moving across borders in the context of disasters,” which was made to share information on humanitarian protection measures that RCM Member Countries can apply temporarily to respond to the needs of: a) foreign people from countries affected by disasters; b) migrants residing or in transit through a country affected by disasters; c) migrants who can not return to their country of origin because they are affected by a disaster.

Also, the first regional training workshop “Protecting nationals abroad affected by crisis”[4] was held 1-2 February 2017, with Support of the International Organization for Migration (IOM). Participants at the workshop concluded that it is necessary to develop a plan for the assistance of emergency units within the consular network; to implement IOM’s e-learning programe to train consulates in cases of emergency; to establish a regional network of consuls and migration offices for sharing best practices; and to include the use of alert systems to measure vulnerabilities.

The first training workshop on displacement in the context of disasters, migration and climate change was held 8-9 August 2017 with the support of the Platform for Disaster Displacement (PDD) and IOM, giving response to Decision No. 17 of the Vice-Ministerial Declaration of the XXI RCM, which approved “[…] the implementation of two regional training workshops in 2017 within the framework of the RCM, proposed and financed by the Platform on Disaster Displacement (formerly the Nansen Initiative), as recommended by the RCGM […].”

The importance of improving the use of technology, unifying the response criteria at the local, binational and regional levels; as well as establishing regional or bilateral agreements was highlighted as a result of this workshop.

On the other side, during the Fifth Session of the Global Platform for Disaster Risk Reduction held in Cancun, Mexico, 22-26 May 2017, the importance of addressing the phenomenon of displacement due to disasters and climate change for the generation of resilience was acknowledged. This topic has been included in the agenda of the VI Regional Platform for Disaster Risk Reduction to be held in Cartagena, Colombia, June 2018.

Because of the above, the Government of Mexico is interested in continuing the efforts on this topic within the RCM, with support of the PDD and the IOM; so, in the framework of the XXII Vice-Ministerial Meeting of the RCM, held in San Salvador, El Salvador, 29-30 November 2017, it was approved “the implementation […] in 2018” a “Workshop on prevention, assistance and collaboration with migrants in the context of natural disasters, to be conducted in Mexico in 2018 with support from IOM and the Platform on Disaster Displacement (PDD).”

Contribute to strengthening the capacities of the Member Countries of the Regional Conference on Migration in relation to the protection of migrants and displaced people across borders, in the context of disasters.

The participation of 3 officials for each member country of the RCM is expected; they must be directly related to protection and assistance matters. It is suggested the appointment of officials from the Ministry of Foreign Affairs, Institutes or Directorates of Migration, Civil Protection and Emergency Response, as well as diplomatic representations accredited in Mexico.

The International Organization for Migration and the Platform on Disaster Displacement Will cover the costs of air transportation and to and from Mexico City.

Also, the workshop organizers will cover meals, lodging and materials during the days of the event. The RCM Technical Secretariat will submit to designated officials a Logistical Guide with all the logistical and administrative information related to the workshop, including the dress code, hotel, local transportation, venue of the workshop, among others.

[2] According to the United Nations Office for Disaster Risk Reduction (UNISDR), in the last two decades, hydrometeorological phenomena such as storms, hail, snowfall, freezing rain and drought caused 96% of economic and human losses due to disasters on a global scale. Four or five of the tropical cyclones that arrive each year to the Mexican coasts, often penetrate the territory and cause severe damage.

[3] For example, in September 2017, Mexico suffered two consecutive earthquakes that caused human losses and serious damage to infrastructure, which put the response capacity to the test. The national authorities have recognized the need to reinforce the capacities in this area and work on the establishment of joint coordination mechanisms and communication strategies to ensure the well-being of all migrants, especially those in transit.

[4] For more Information on this event you can access the Memoire at: http://www.programamesoamerica.iom.int/sites/default/files/Memoria_web.pdf