Atle Solberg, Head of the Secretariat 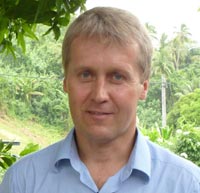 Atle is a political scientist from Norway and he was the Head of the Nansen Initiative Secretariat, the predecessor of the Platform on Disaster Displacement, from 2012 to 2015. His background is primarily from international humanitarian action and from working in the context of displacement (both in conflict and natural hazard situations). He has worked for the UNHCR and UN OCHA in Switzerland, the Balkans and in Central America, and for the Norwegian Refugee Council (NRC) in the Balkans, Indonesia and Colombia. He has research and teaching experience from the University of Bergen on humanitarian issues as well as on the protection of unaccompanied minors. Atle has also undertaken evaluation of humanitarian aid and worked as a consultant both with a focus on Norway as well as on the post-conflict recovery situation in the Balkans and Central America.

Atle is the Head of the Secretariat of the Platform on Disaster Displacement. 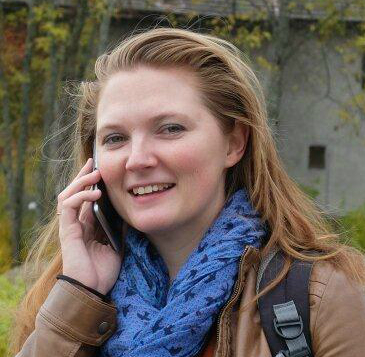 Sarah has a Bachelor Degree in Public Management and Governance from Zeppelin University, Germany, and a Master Degree in Development Studies from the Graduate Institute, Geneva. Prior to joining PDD, she has worked as Humanitarian Affairs Officer at the German Mission to the UN in Geneva, also covering DRR, Internet Governance, Climate Change/Environment and Human Rights portfolios. Sarah speaks German, English, French and Spanish. She is passionate about local public administration and thrives on good food, good reads and good friends. Each year, as winter approaches, she considers the possibility of ‘climate-induced migration’ to warmer places.

Sarah is the Policy Officer of the Secretariat of the Platform on Disaster Displacement. 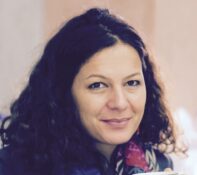 Chirine is a Swiss-Egyptian communication enthusiast who has been in Geneva since 2014 when she started working with the Nansen Initiative, predecessor of the Platform on Disaster Displacement (PDD). She spent most of her career in the world of strategic and visual communication as well as media, both at UN Headquarters in New York, Geneva and in the field. She also worked in the private sector in Switzerland, the USA and the UK. Before joining the Nansen Initiative, she worked for the United Nations Development Programme (UNDP) in Haiti after the 2010 earthquake. This experience made her understand first-hand the realities of disaster displacement and its devastating effects on people. She holds a Bachelor Degree in Communication Management and a SAWI and ISRP Postgraduate Federal degree in public relations and events.

Chirine is the part time Communication Officer of the PDD Secretariat. When not at work, she can be found scuba diving underwater, taking a walk in the mountains, around a table enjoying good food, or having fun with her family. 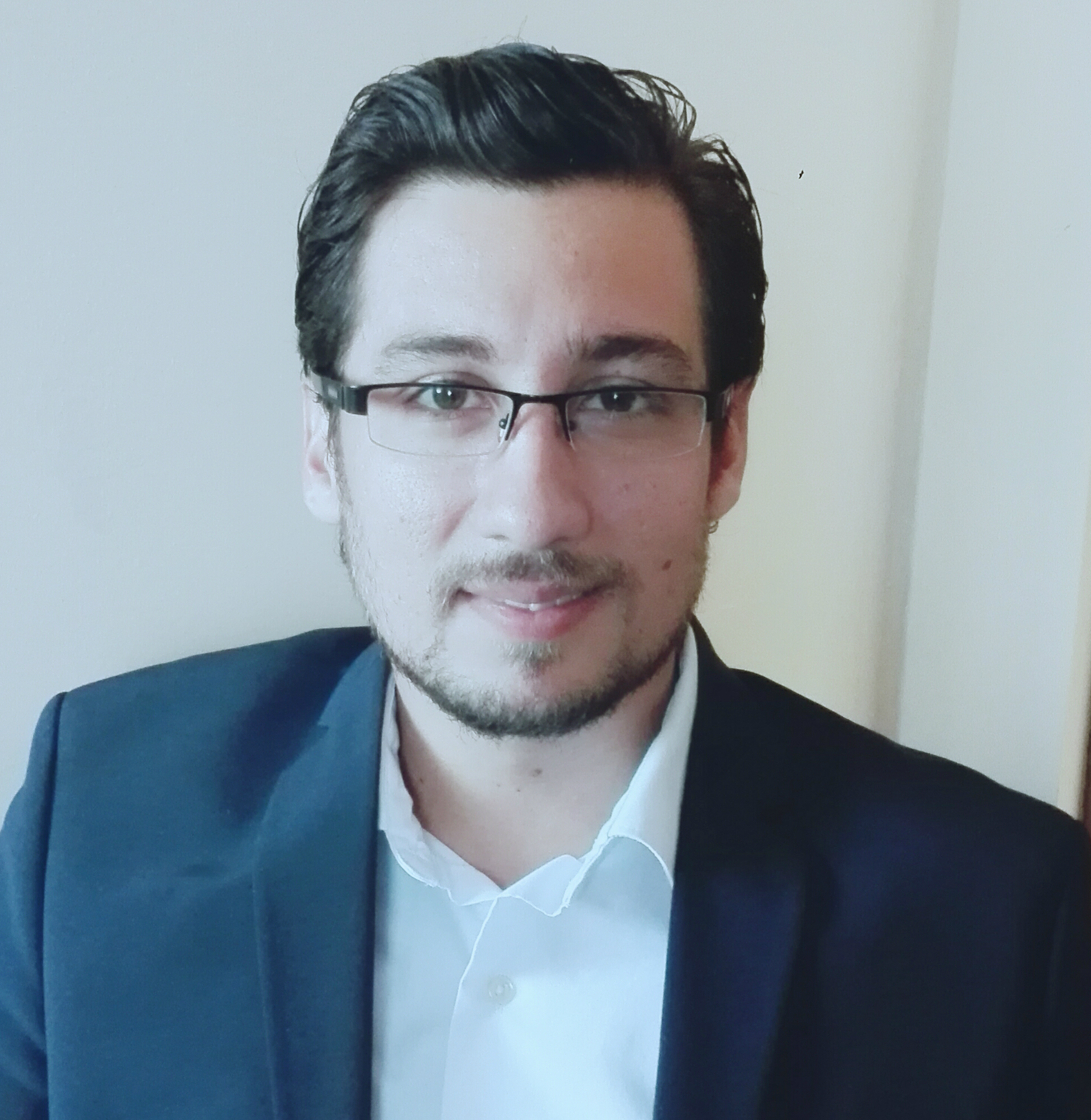 Juan Carlos holds a BA in International Relations, a postgraduate degree in Project Management and a MA in Human Rights from the National University of Costa Rica, where he has taught courses on Human Rights and International Humanitarian Law, among others. Before joining the Platform on Disaster Displacement, Juan Carlos worked for the Government of Costa Rica for several years. He has also been a Consultant for organizations such as the Inter American Institute of Human Rights.

Since 2014 Juan Carlos has been seconded by the Norwegian Refugee Council (NRC) to the Government of Costa Rica in the National Agency for Disaster Risk Reduction and Emergency Response (CNE) as a Regional Adviser to both, the former Nansen Initiative and the Platform on Disaster Displacement. 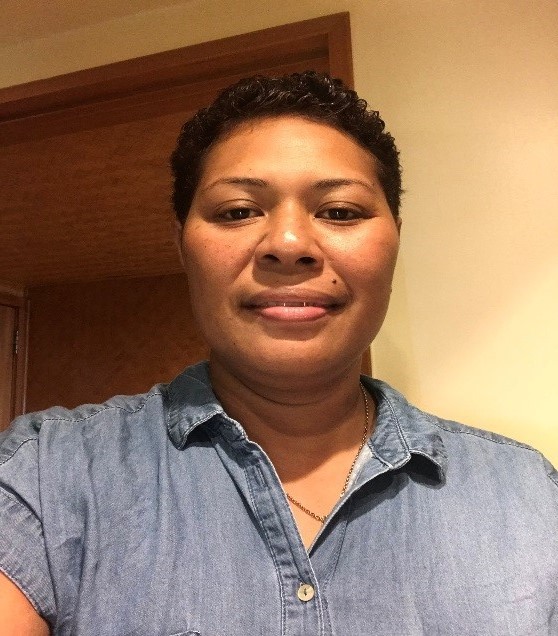 Alisi has a Bachelor Degree in Science from the University of the South Pacific, Fiji, and a Master Degree in Climate Change from the Australian National University, Canberra, Australia. Prior to joining PDD, she has worked as Climate Change Officer at the Climate Change Division of the Government of Fiji for several years, covering DRR, Climate Change and Environment portfolios. When not working, she loves reading, spending quality time with her family as well as being close to nature.

Alisi is the Regional Adviser of the Platform on Disaster Displacement in the Pacific. 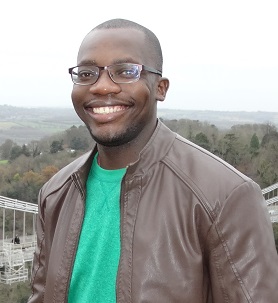 Erick Mutshayani graduated with a BA Honours in English and Communications from Midlands State University, Zimbabwe, and an MA in International Development from the University of Sheffield, UK. Prior to joining the Platform, Erick worked with several NGOs in communication, research, and administrative capacities in South Africa, Tanzania and the United Kingdom. Before joining the Platform as an Administrative Analyst, Erick completed two internships with the United Nations Office for the Coordination of Humanitarian Affairs (UNOCHA) and the Platform on Disaster Dispalcement in Geneva as a Humanitarian Affairs Intern and Policy and Communications Intern. Erick speaks English and a variety of local languages from Southern Africa (Shona, Ndebele, Nyanja, Tonga and Zulu), and he is currently learning French. He enjoys being in multi-cultural multi-lingual settings, travelling and has a strong interest in humanitarian affairs. 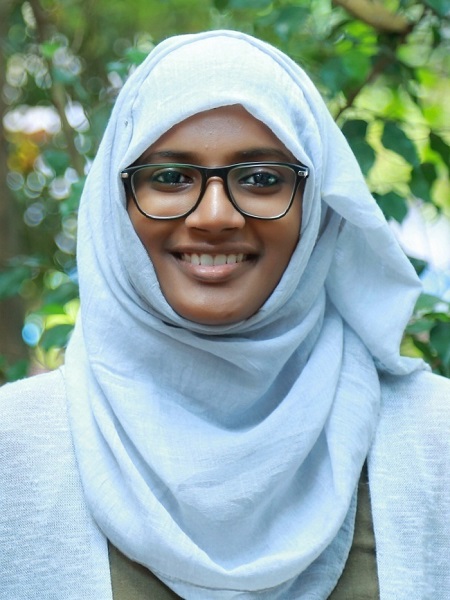 Afrin Shairaj (she/her) joined the PDD Secretariat as a policy and communications intern in October 2019. She holds a BA in Social Sciences from Tata Institute of Social Sciences, India, and an MSc in Refugee and Forced Migration Studies from the University of Oxford, United Kingdom. She has previously worked with various NGOs and governmental agencies on child protection, sexual violence, disarmament, and migrant rights. She has also been involved in student-led initiatives on refugee and migrant rights, affirmative action, access to education, and environmental issues. Afrin has a strong interest in research, advocacy, and public policy; particularly on intersectionality in contexts of forced migration. Having lived, studied, and worked in various parts of India, Australia, and the UK, she thrives in multi-cultural multi-lingual environments, and is always looking to learn and unlearn new things about the world around her.

Isabelle holds a diploma in International Relations (Policies and Strategies of International Public Action) from the Université Lyon 3 and specialised in management of IOs/NGOs. After several years of experience as a Project Manager for private consulting companies specializing in institutional strengthening, Isabelle joined UNHCR in 2007 as an Associate Community Services Officer in Eastern Chad, and has since then served in various positions in Africa and at UNHCR’s Headquarters. After three years in Mali in quality of external relations officer for UNHCR, Isabelle returned to UNHCR’s HQ in January 2018 to take the functions of policy officer on climate change and disaster displacement. Isabelle speaks French, English and German, and has learned Spanish, Portuguese and Bambara.

She is the PDD Programme Officer on Climate Change and Disaster Displacement at United Nations High Commissioner for Refugees (UNHCR). 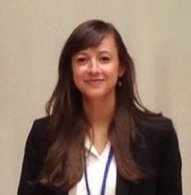 Florence joined UNHCR in 2019 to work as an Associate Liaison Officer on Climate Change and Disaster Displacement within the Division of International Protection. Prior to that, she worked as a Humanitarian Attaché at the Permanent Mission of France to the UN in Geneva, focusing on the follow-up to the World Humanitarian Summit, including the processes of the two Global Compacts on Refugees and Migrants, and the PDD. She has also worked on Energy and Environment in the think tank Asia Centre, on Conflict Prevention at CDNH in Yangon, on the SDGs at the UN in New York, on DRR at the French Ministry of Defense and on Refugee issues in an NGO in Paris. She contributed to the publication of several articles and research reports. Florence holds a Master’s degree in International Relations from Sciences Po Toulouse and INALCO, she speaks French, English, Chinese and Italian.

Florence is the PDD Liaison Officer on Climate Change and Disaster Displacement at the United Nations High Commissioner for Refugees (UNHCR). 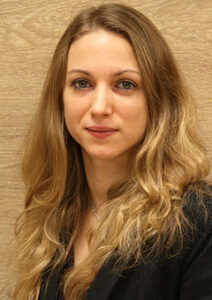 Alice Baillat has recently joined the Migration, Environment and Climate Change (MECC) Division at the International Organization for Migration (IOM) in Geneva to serve as the liaison officer with the Platform on Disaster Displacement (PDD). Funded by France, her position is part of the French commitment towards PDD, especially in the context of the French Chairmanship of the Steering Group. Alice has nearly ten years of research experience on climate change-related migration as well as on the security dimensions of climate change. Alice holds a PhD in Political Science and International Relations from Sciences Po in Paris. Her PhD thesis focused on the climate diplomacy of Bangladesh, a country in which she has stayed several times and that she continues to explore.