From the Arctic to the Sahel: uniting against climate disruption for a more secure future for all

We visited the Svalbard archipelago in the Arctic together last year. There we could see the effects of climate disruption with our own eyes. It is dramatic. Climate change is happening faster in the Arctic than in most of the rest of the world. The Arctic is warming at a rate of almost twice the global average, as documented in the latest report from the Intergovernmental Panel on Climate Change. Even a small temperature increase will have tremendous implications. Glaciers, sea ice and tundra will melt more rapidly, contributing to continued sea level rises. The disappearance of sea ice and the melting of the permafrost will lead to an increased release of greenhouse gases. They will also have dramatic implications for the livelihood of the inhabitants of the Arctic, and in particular for the traditional lifestyle of the indigenous peoples in the north. The changes in the Arctic are crystal-clear proof of the already-considerable impact that global warming is having on our Planet, and a warning against what will be our dangerous future if we fail to act. This is why, on March 17, we will be jointly hosting a high-level seminar in Paris on the Arctic and climate change. The climate is now changing all over the world. No region is spared, but some are more vulnerable than others. Water resources are drying up, while extreme weather events ruin whole communities, take lives and make large areas uninhabitable. The whole basis for the sustainable livelihoods, wellbeing and safety of hundreds of millions of people is under threat. In vulnerable regions, the poorest countries, which have the least contributed to global warming and lack the required resources to adapt, are even more at risk. If we stay on today’s course towards global warming of 4-6 °C, the World Bank estimates that food production could halve in highly populated areas of North Africa and Latin America. Sub-Saharan Africa would experience increased droughts that would reverse all the gains that we have achieved in terms of food security. South Asia and small island states would be among those hardest-hit by rising sea levels and extreme weather events. Places like Cairo could become uninhabitable for six months of the year. Small island states could disappear. Through its negative impact on livelihoods, exacerbating poverty and undermining resilience, climate disruption will increasingly be a driver of large movements of population and exacerbate violent conflicts in developing countries. The increase in major humanitarian crises, the intensified level of violence and the spread of conflicts in certain regions are already symptoms of worsened disrupted climate. As Foreign Ministers, we are deeply concerned about the global impact of climate change. We are facing potentially one of the gravest security challenges of our time. Hence, climate change must be accounted for in our national and global security strategies. From the melting glaciers of the Arctic to the increasingly dry Sahel, from the devastated shores of the Philippines to the smog of the megacities, all our countries are increasingly challenged by climate change, though to various extents and with different capacities to combat and adapt to it. Many actors have already engaged in this fighting against the disastrous consequences of climate change. This situation is also an opportunity for adaptation and innovation in a new environment. We can see states, but also companies, cities and other organizations making crucial steps towards a more sustainable development, cleaner energy, more efficient consumption and more equitable growth. Now is the time to encourage this momentum and make our world more secure. These initiatives can only succeed thanks to international cooperation and coordination. A crucial meeting of the UN Climate Conference will take place in Paris in December this year. 195 nations will need to sit down together, in this Paris COP21, and demonstrate that multilateralism can indeed deliver a strong and long-lasting global partnership to ensure sustainable development for all. France and Norway are committed to helping make this deal a reality. Laurent Fabius, French Foreign Minister and Børge Brende, Norwegian Foreign Minister (Photo Martin Bureau. AFP) 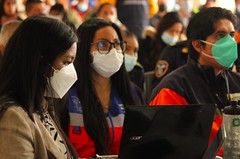 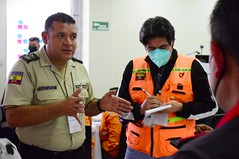 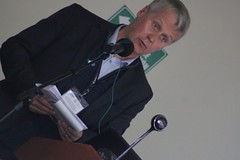 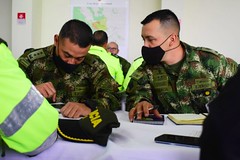 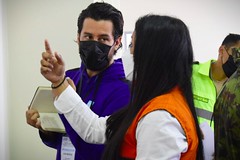