By Professor Jane McAdam, Director of the Kaldor Centre for International Refugee Law at UNSW Sydney, and member of the PDD Advisory Committee. Article first published in the Georgetown Journal of International Affairs  – 7 November 2019

The relationship between climate change and human mobility is complex, and an appreciation of its complicated dynamics is an essential precursor to formulating good public policy.

A decade ago, when researchers from a range of disciplines started to focus on these issues in a concerted way, there was not really a field of study of which to speak. There was not much data on the relationship between climate change, disasters, and displacement, which made it difficult to predict the nature, scale, and consequences of movement. Media interest focused on so-called “climate refugees”—a problematic designation for a number of reasons, not least because, unlike refugees, most displaced people will never cross an international border.

Climate scientists also cautioned that the starting premise was wrong. Climate change itself does not cause movement, and asking whether climate change “caused” a particular disaster was a nonsensical and fundamentally unanswerable question, since “no particular short-term event can be conclusively attributed to climate change”—only the likelihood of its occurrence can be.

What we now know is that much of the movement we are seeing, and are likely to see in the future, follows traditional patterns of migration and displacement. In societies where migration is already a well-established practice, people may be more inclined to move when environmental pressures become too great. Because it is well-established, there is less risk and uncertainty—people have friends and family in destination countries who can help and support them. When, where, and how people move will also be affected by their social, economic, and political environment, and what resources they have at hand.

Yet, we also know that climate change will amplify existing threats and vulnerabilities. The people who will be hardest hit are those who are already poor, sick, facing discrimination, or living in dangerous areas, often in some of the poorest countries of the world.

None of this should imply that climate change will not affect human mobility. It already is, and will continue to do so. Sea level rise is already threatening some Pacific island communities, especially as it exacerbates disasters such as storm surges and flooding. Climate change also increases the severity of other sudden-onset events, such as the intensity of cyclones and rainfall in some regions, driving people from their homes as we have seen, for example, in Bangladesh. But the dynamics of movement are more complex than simple cause and effect.

There are many overlapping factors that drive people to move in this context. They include a range of economic, social, and political factors, such as poverty, marginalization, resource scarcity, and lack of livelihood opportunities. When climate change is added into the mix, it becomes the straw that breaks the camel’s back.

The statistics are sobering. In the past two years, disasters triggered by sudden-onset natural hazards have displaced more people internally than violence and armed conflict (61 percent compared to 39 percent). Climate change intensifies this risk. At the same time, slower-onset impacts (such as sea-level rise, erosion, and desertification) may lead to a more gradual deterioration of physical conditions that ultimately make particular areas uninhabitable.

About 100 million people already live within a meter of current high tide level, and many megacities lie on the coast and are thus vulnerable to changes in sea level. Without adaptation, by 2100 it is estimated that these areas will be flooded annually, resulting in millions of people being displaced—sometimes repeatedly.

Most of these people will never cross an international border. Many will not want to move far from home, and most will not have the resources to do so anyway. Visa and passport requirements may preclude lawful international travel, making crossing the border a tenuous option that could result in detention, deportation, or destitution.

Some people will cross international borders, and unless they have permission to enter another country, their legal status will be precarious. They will generally not qualify as refugees under the Refugee Convention (which defines refugees as people with a well-founded fear of being persecuted for reasons of race, religion, nationality, political opinion, or membership of a particular social group). It’s also unlikely that they will qualify for complementary protection on human rights grounds, at least at this point in time. Some may be allowed to stay temporarily on humanitarian grounds, but in the current global political climate, it seems unlikely that any new, universal legal status will be created for such people.

National governments must do their utmost to ensure people have access to safe areas, water, food, and shelter. The governments of Fiji, Vanuatu, and Bangladesh, for instance, have developed national strategies to address displacement risks. The evidence shows that when people receive prompt and adequate assistance in the aftermath of a disaster, they are more likely to stay and rebuild than to move on in search of work to survive. By contrast, a lack of durable solutions may push people to keep moving onwards.

The international community needs to provide greater resources to support affected countries and address ongoing legal, institutional, and financial gaps. Strong mitigation of emissions is crucial, of course, but other strategies are also needed. We need to improve disaster risk reduction and climate change adaptation measures so that people can remain in their homes safely and for longer. For instance, storm-surge warning and shelters have saved thousands of lives in countries like Bangladesh, proving that even simple solutions can have a great impact.

We also need laws and policies that permit people to move elsewhere before disaster strikes. This means viewing migration as a form of adaptation in its own right. Giving people opportunities to move recognizes human agency and allows people to take charge of their own lives. Countries like the United States, which relies on migration for economic growth, should facilitate visa opportunities for people in at-risk areas to enable them to move safely and proactively.

We also need laws and policies that ensure people receive assistance and protection if they are displaced. In the aftermath of a disaster, for instance, humanitarian visas could provide short-term relief for those who need temporary help. Past experience shows that most people want to return home to rebuild as soon as it is safe, but need to know they will have somewhere safe to live in the meantime.

In essence, we need to devise laws and policies that assist and protect people, give them choices, and respect their dignity. These will determine whether, and for how long, people can remain in their homes, and whether doing so enables them to lead dignified lives or exposes them to risks and increased vulnerability. 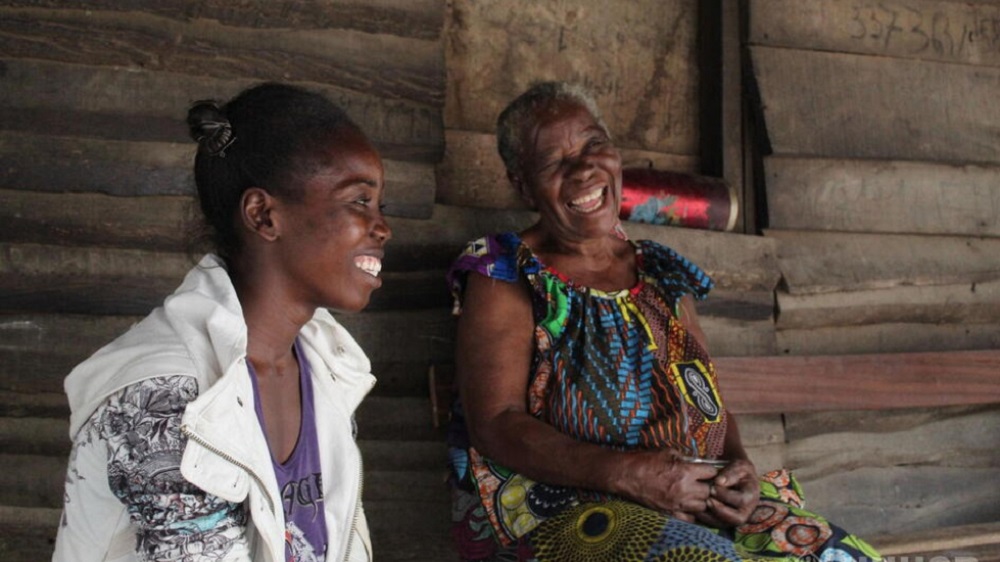