Statement by Prof. Walter Kaelin, Envoy of the Chair of the Platform on Disaster Displacement on the occasion of the 2022 International Dialogue on Migration
“Building resilient and adaptive migration pathways to contribute to food security and promote regular migration in the context of climate change”
25 October 2022

The relationship between food insecurity and migration is complex. Using the Global Compact on Migration (GCM) as a point of reference, and selected national laws, policies and strategies as illustrations, I would like to highlight three aspects. First, food insecurity as a driver of migration and how it can be addressed; second, regular migration as a pathway for people affected by food insecurity; and third, the protection of people forced to flee across borders in situations of acute food insecurity and famine.

It is widely accepted that lack of food security is a driver of migration. The GCM addresses food security explicitly under Objective 2 on minimizing the adverse drivers and structural factors that compel people to leave their country of origin. Under this Objective, States commit to ensure “that desperation and deteriorating environments do not compel [people] to seek a livelihood elsewhere through irregular migration”, and in this regard to use, among others, measures to reduce poverty and increase food security as well as measures to adapt to climate change and reduce disaster risks ( para. 18[b]). In Niger, from where I presently speak, the 2021 Plan de Soutien aux Populations vulnérables recognizes as a key driver of displacement the worsening of floods and the persistence of localised periods of drought, which are becoming increasingly unpredictable as a result of climate change and which further increase food insecurity and the fragility of the ecosystem. Among other measures, the Plan envisages social safety net programmes that provide regular and predictable cash transfers directly to chronically poor and vulnerable households in order to reduce their persistent food insecurity. Such programs help preventing displacement by increasing the resilience of people at risk. Investments to reduce food insecurity are also important for internally displaced persons and refugees and their hosts during displacement as well as in the context of durable solutions.

Sri Lanka’s 2016 National Policy on Durable Solutions for Conflict-Affected Displacement, for instance, calls for measures to enhance the capacity of host communities to accommodate IDPs, including “support for expansion of economic and livelihood opportunities, …food security, [and] environmental protection” (p.16). IDPs and members of the host communities who I recently met in Sudan’s Central Darfur region suggested that rather than continuing with food distributions, international actors should invest in water management measures that would allow to increase food production not only for the local farmers but for the many IDPs who had rented plots of land or provided such plots for free while continuing to remain in protracted displacement.

As regards durable solutions, Somalia’s 2019 National Policy on Refugee-Returnees and Internally Displaced Persons (IDPs) highlights that in the context of climate change “solutions in rural areas require the agricultural and pastoral sector of Somalia to be revitalized and made more innovative [as] these sectors are essential contributors to the country’s national food security” and lists a series of practical measures in this regard (p.26).

These are just some examples of how States can address drivers of migration linked to environmental factors. Overall, a “Baseline Mapping on the Implementation of Commitments related to Addressing Human Mobility Challenges in Disaster and Climate Change Contexts under the GCM”, launched earlier this year by the PDD together with partners including IOM and funded by Germany, found that in recent years many countries have increased their legal and policy efforts to address environmental drivers. The Mapping identified over 930 national policy and legal instruments in 171 countries as well as 20 bilateral and 140 regional instruments in the areas of human mobility, climate change, disaster risk management, and sustainable development governance that contain provisions of relevance to human mobility in the context of disasters, climate change and environmental degradation. These instruments predominantly address such mobility from the prevention angle. They show that at legal and policy levels we are making important progress regarding the commitment under GCM Objective 2 to minimize adverse environmental drivers that compel people to leave their country of origin. What remains is the need for robust implementation.

In Objective 5 of the GCM, States commit to expanding and diversifying the availability of pathways for safe, orderly and regular migration, including in ways that respond to the needs of migrants in a situation of vulnerability. There are some interesting examples that are relevant for our discussion. Nepal, for instance, has a long tradition of people from particularly food-insecure regions migrating to India temporarily, particularly during the lean season before harvest. This means that less family members have to be fed back home and that the migrants can send remittances allowing those at home buying additional food on the market. At the same time, reports indicate that migrants working in the informal sector are often exploited while food production substantially declines in villages where only few men of able age remain.

Migration from Nepal to India is regular because of the open border between the two countries and thus a case of a bilateral agreement on the free movement of persons. There is growing recognition that bilateral or regional agreements on the free movement of persons have a huge potential to provide people anticipating or affected by disaster- and climate-related food insecurity with regular migration pathways. Such agreements serve economic purposes, but in some parts of the world, for instance in Africa’s ECOWAS region, they have allowed affected people to find employment in other countries. In 2017, Trinidad and Tobago applied the Caribbean Community (CARICOM) free movement agreements to assist Dominicans affected by Hurricane Maria. Similar efforts were made by States taking part in the free movement regime of the Organization of Eastern Caribbean States’ (OECS).

IGAD, which initially was founded as a sub-regional organization to address drought, went a step further and decided to formalize the availability of free movement arrangements for disaster- and climate change scenarios when it recently finalized its Draft Protocol on Free Movement of Persons. Its Article 16 explicitly provides that people who are moving in anticipation of, or during, or in the aftermath of drought and other disasters can enter the territory of another IGAD Member State and stay there at least for some months. Lack of possession of a travel document required to cross borders is not an obstacle as disaster-affected migrants will be registered instead. States of destination are obliged to take measures to facilitate the extension of stay and access to other rights provided for by the Protocol. Once the Protocol is adopted by the heads of State and government, it will provide an interesting example that could inspire other regions.

Bilateral agreements on labour migration or quota for workers’ visa, as exemplified by the agricultural workers from Pacific island States employed seasonally in Australia and New Zealand are another tool to provide pathways for regular migration for people affected by adverse effects of climate change. The 2021 National Strategy on Internal Displacement Management of Bangladesh commits to facilitating temporary and circular international labour migration to diversify livelihoods of marginalized and vulnerable communities and refers to the example of the Temporary and Circular Labour Migration scheme between Colombia and Spain, which has been applied in the context of disasters.

Overall, however, the number of such examples remains limited. Not surprisingly, our Baseline Mapping found that, unlike with regard to Objective 2, little progress was made in implementing Objective 5 to expand migration pathways for vulnerable migrants including those affected by climate- and disaster-related food insecurity. This raises concerns. As the International Panel on Climate Change recently highlighted, there are already areas and regions that are reaching the limits of adaptation to global warming. We must therefore increase efforts to prepare for a future where human mobility in disaster and climate change contexts will increase and strengthen efforts to facilitate regular, safe and orderly migration in line with the GCM.

The limits of adaptation are clearly reached where people are forced to leave their homes and places of habitual residence due to famine and other reasons linked to climate change. For such situations, the GCM recommends to “develop or build on existing national and regional practices for admission and stay of appropriate duration based on compassionate, humanitarian or other considerations for migrants compelled to leave their countries of origin owing to sudden-onset natural disasters and other precarious situations, such as by providing humanitarian visas, private sponsorships, access to education for children, and temporary work permits, while adaptation in or return to their country of origin is not possible;” (para. 18 g) and devising planned relocation and visa options for residency where adaptation in or return to their country of origin is no longer possible due to, the adverse effects of climate change, and environmental degradation, such as desertification, land degradation, drought and sea level rise (para. 18 h).

Such domestic laws already exist. In the Americas, many immigration laws provide that people affected by disasters may be admitted and allowed to stay temporarily for humanitarian reasons. Guatemala and Mexico explicitly provide for humanitarian visa and entry permits to people affected by disasters. Argentina grants entry and temporary protection to persons who are not refugees but “temporarily cannot return to their countries of origin by reason of the prevailing humanitarian conditions or due to the consequences generated by natural or man-made environmental disasters.” Most other countries in Central and South America have similar legal provisions. However, due to the discretionary power of immigration authorities, their use is often unpredictable. To harmonize their practices, Central and South American countries adopted guidance on the admission and protection of persons displaced across borders.

Finally, there are important developments in the area of human rights law. In the Teitiota case, the UN Human Rights Committee recognized that adverse effects of climate change may lead to life-threatening living conditions in affected countries and concluded that in such cases deporting an individual to such a country might violate the right to life. While such conditions did not exist in the specific case of a citizen of Kiribati who opposed his deportation from New Zealand, the implications of this decision are also important for people fleeing from countries where they would face famine and other life-threatening effects of food insecurity.

These developments are encouraging. However, they remain somewhat isolated examples that have not yet reached the level of a global protection regime. In other words: Much remains to be done to ensure that people displaced across borders can be confident of being welcomed and allowed to stay in other countries, regardless of where disasters and the negative impacts of climate change force them to leave their homes and seek protection abroad. 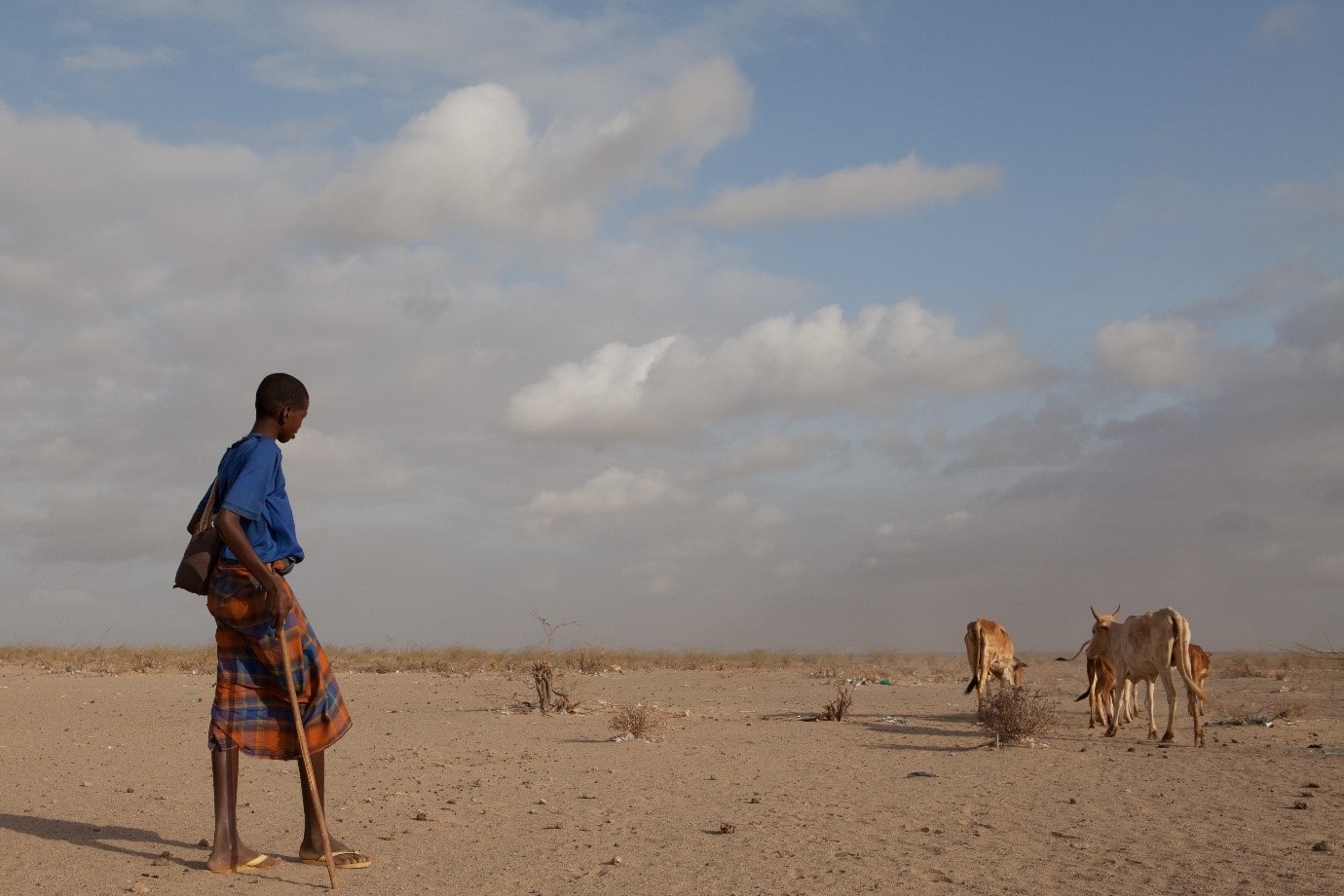 "Understanding the current disaster displacement landscape is important, but trying to forecast or predict it, I think, is where we should be aiming going next.” 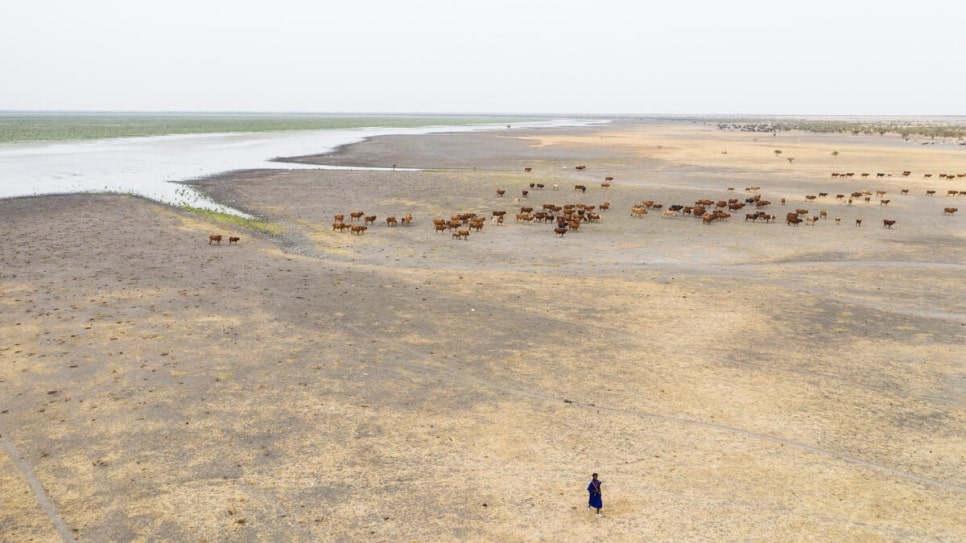