The Platform on Disaster Displacement: towards better protection for people displaced across borders in the context of disasters and climate change.

Following the call to action to address displacement related to climate change in 2010 at the Climate Change Conference in Mexico and based on the outcome of the Nansen Conference on Climate Change and Displacement in Oslo in June 2011, Norway and Switzerland decided to join forces. At the United Nations High Commissioner for Refugees (UNHCR) Ministerial Conference in December 2011, the two governments pledged to address the need for a more coherent approach to the protection of people displaced across borders in the context of disasters and climate change. As a result, the Nansen Initiative – a bottom-up, State-led consultative process – was launched in 2012. The consultations resulted in the Agenda for the Protection of Cross-Border Displaced Persons in the Context of Disasters and Climate Change (Protection Agenda), endorsed by 109 States during a Global Consultation in October 2015. The State-led Platform on Disaster Displacement (the Platform), launched at the World Humanitarian Summit in 2016, continues the work of the Nansen Initiative by bringing together a group of States committed to support the implementation of the Protection Agenda.

The Protection Agenda offers States a toolbox to better prevent and prepare for displacement before a disaster strikes. When displacement cannot be avoided, it helps States improve their responses to situations when people are forced to find refuge, either within their own country or across an international border. Rather than calling for a new binding international convention on cross-border disaster displacement, the Protection Agenda supports the integration of effective practices by States and (sub-) regional actors into their own normative frameworks, in accordance with their specific context. 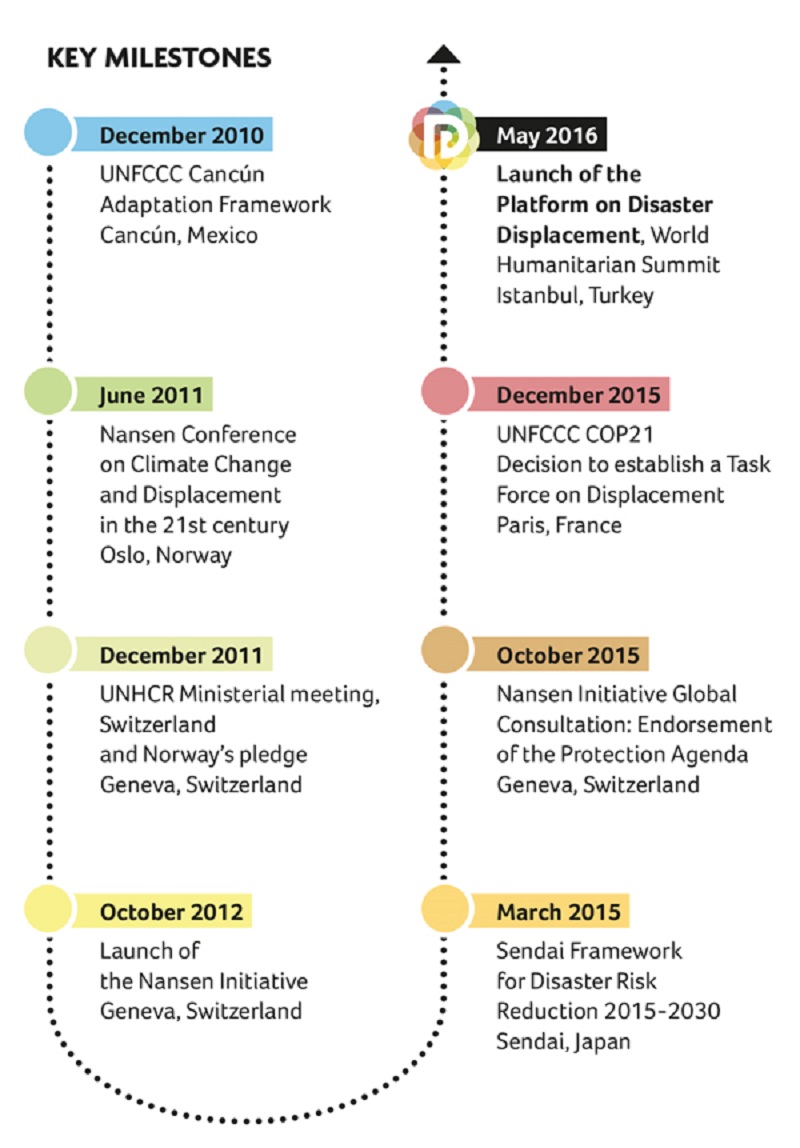